Founded in 1991, the LAWRENCE CHILDREN’S CHOIR is comprised of five youth choirs for children in Pre-K through Grade 10. Emphasis is on age-appropriate vocal training and technique, rehearsal and performance skills, cultural education and musical excellence developed through high quality choral literature. Equally important is providing opportunities for young people to experience joy and meaning through engagement in music.

The LCC Tour Choir is the largest and most prominent of the choirs, touring annually, performing locally, and collaborating with other artists and organizations. The Tour Choir has performed in England, Canada, Costa Rica, Germany, Latvia, Lithuania, and all over the U.S. The choir traveled to Ireland in June 2019.

• “Carmina Burana” with the Kansas City Symphony and Symphony Chorus, under the direction of conductor Ryan McAdams, March 2019.

• “The Play of Daniel” with Anne Azema and the Boston Camerata, January 2018 (part of the Kansas City Chamber Music Series).

• “Modern Families” with the Heartland Men’s Chorus (Kansas City, March 2015), featuring the premier of “The Weaver” by Jake Narverud, written for Men’s and Children’s Chorus.

• “The Kansas Nutcracker” at the Lawrence Arts Center (December 2018). 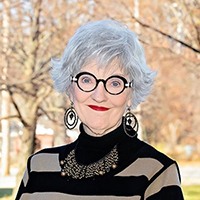 JANEAL CRABB KREHBIEL Co-founded the Lawrence Children’s Choir in 1990 with her sister Marilyn Crabb Epp. She did her undergraduate degree at Bethel College in Kansas and her Master's in Music Education from Wichita State University.

She taught elementary music in Denver, Colorado, high school choral music in the Hesston Public Schools and junior high vocal music in the Lawrence Public Schools. For 18 years, she was the children’s choir director for the Bethel College Mennonite Church and conducted seminars, festivals, clinics and all-state choirs throughout the US. In 2012, having conducted choirs for 44 years, she retired and now volunteers for Head Start and sings in the Crescendo Choir that she founded in 2009. In 2012, Chorus America honored Janeal and the LCC with the National Award for Outstanding Education Outreach for intergenerational programs.

Active in numerous professional organizations, Janeal organized the Kansas Honors Children’s Choir, still a large part of the state convention. In 1999, her colleagues awarded her the Harry Robert Wilson Award in recognition of her outstanding contribution to choral music in the state of Kansas. Being invited to conduct the National ACDA Junior High Honor Choir in Los Angeles in 2005 (two students chosen from every state) was a career highlight.

Under Janeal’s direction, LCC was chosen to sing at two national conventions and four regional conventions, and traveled extensively throughout the US and internationally. The joy of meeting so many children and their families has given Janeal a lifetime’s worth of happy memories. Since 2007, she has edited the popular JANEAL KREHBIEL CHORAL SERIES with Santa Barbara Music Publishers with about 40 titles for children’s choirs.

She is a wife, mother to two adult children, and “Mimi” to three grandchildren. She is currently in her 3rd year of volunteering as director of music at Head Start at Plymouth Church. 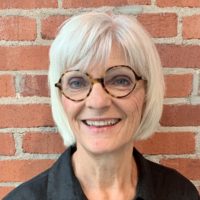 MARILYN CRABB EPP Co-founder of the Lawrence Children’s Choir, retired from her post at the piano in 2014, following a long career of teaching and accompanying. Vital to the growth and success of LCC, Marilyn’s expressive and sensitive playing was a hallmark of the LCC sound during her tenure. Her keen ears missed nothing and her input was always spot on. For over two decades, LCC singers were entertained by the gentle (and occasionally non-so-gentle) sisterly ribbing as Marilyn and Janeal worked together to help singers achieve at the highest possible level. Marilyn is the author of numerous choral arrangements, mother of three and grandmother of two.